The Seattle Thunderbolts continued a streak of remarkable form into the final of the 2022 Toyota Minor League Cricket Championship presented by Sunoco, defeating the Atlanta Fire by 10 runs to claim the 2022 championship title on Sunday, Aug. 28. The Thunderbolts claimed a $150,000 purse for winning America’s most extensive cricket championship, with their star bowler Phani Simhadri awarded the 2022 Most Valuable Player award for the season.

The match, held in scenic Church Street Park in Morrisville, NC, reached an exciting conclusion under the lights with thousands of fans in attendance. The Seattle team won the toss and elected to bat, with opener Andries Gous hitting a quick-fire 48 from 44 balls and Shubham Ranjane scoring a half-century, reaching 51 off 45 deliveries. An unbeaten flurry of 27 from only 14 balls by Shadley Van Schalkwyk helped Seattle to post a total of 157 runs. Atlanta’s bowling was led by Steven Taylor, taking three wickets in his four overs. 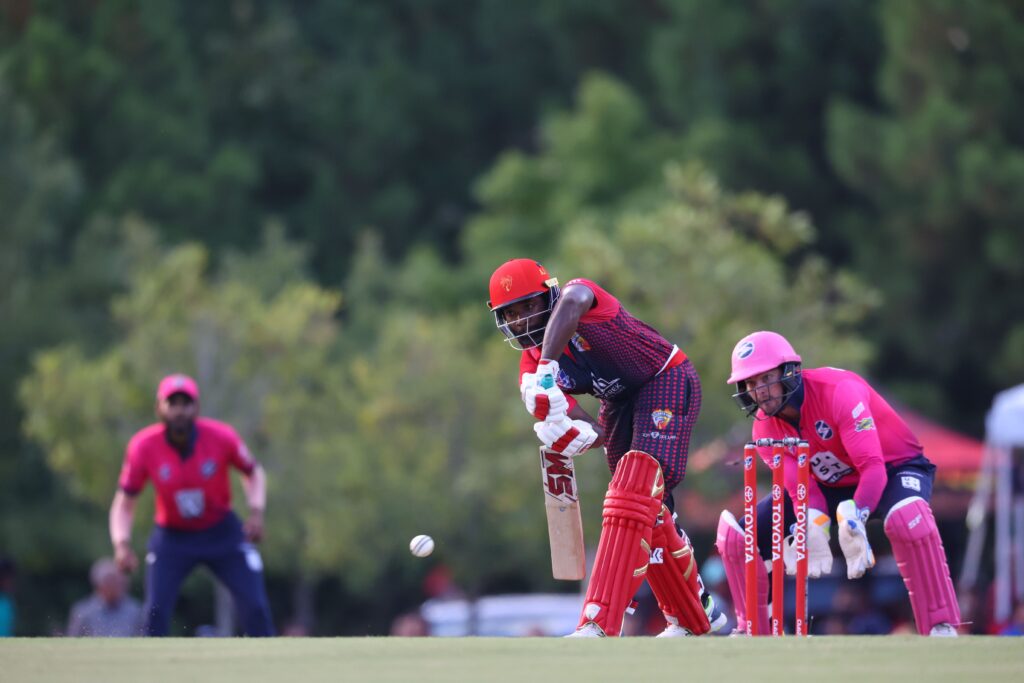 Atlanta’s run chase faltered as conditions cooled into the evening. Fire captain Aaron Jones anchored the innings with 64 from 51 balls but could only watch on as wickets fell around him, no other Atlanta batter passing 30 runs. Shubham Ranjane was the pick of the Seattle bowlers, claiming four wickets to go along with his half-century to resoundingly earn Player of the Match honors.

The Fire’s last gasp efforts to win were extinguished when Phani Simhadri took two wickets in the nineteenth over. The league MVP took three wickets on the day, giving Simhadri a remarkable total of 46 wickets throughout the tournament at a strike rate of 8.8 and an economy rate of 6.13.

The last over began with the Fire needing an unlikely 18 runs to win with only two wickets remaining. Seattle claimed the title with Atlanta falling 10 runs short of their target. The Thunderbolts’ incredible run of form has seen the Seattle team win eight straight completed games, culminating with captain Harmeet Singh lifting the MiLC trophy as the 2022 Toyota Minor League Cricket champions.

Brought to you by